They write VR46 TEAM, should we all read Carmelo Ezpeleta (Dorna)?
This is what happened to Valentino Rossi’s MotoGP team even before it made its debut, indeed, even before finding a concrete configuration, or perhaps perhaps precisely for not having found it until now … and we’re talking about money.
By now, most will have noticed some key statements made by some key people, regarding the activities within Valentino’s entourage.
The last to speak was Pablo Nieto, never heard on the subject until recently, who is evidently promoted to the role of spokesperson while for Uccio Salucci officially Team Principal, after the clumsy attempt to follow the organizational part with a lot of fool with Tanal , a return to the role of VR companion in his future automotive adventures is announced. And therefore much less presence in the paddock, for him.
This configuration would have begun to take shape already after the surreal press conference of the Prince, after the two payment deadlines missed in the maddening waitingce for the 90 million and the other farce of the open doors event in the Saudi residence, in fact never opened as it was probably the result of somebody’s fantasy

It is from that moment that VR, surprising more than a few interlocutors, has begun to repeatedly declare that the team does not concern him, even going so far as to reply angrily, asking the press, always all friendly, not to deal with the matter with him anymore. Even if the MotoGP team is goint to bear his name

Now there is only the VR brand remained
A VR46 brand in the world is necessary, for all the merits that Valentino has.
In truth, a Valentino who is always present in flesh and blood would also be needed but, in fact, he cannot be forced to be a non-participating showcase man. Rossi has a family, a baby on the way, and four-wheeled projects to devote himself to. He can go to some races to sign some autographs but he certainly cannot be put at the wall to unravel the daily hassles of a working team manager. He doesn’t feel like it. Not him.
The team would have been a gift to his entourage, to ensure that people close to him had a real job but the beneficiaries were not able to make the most of the opportunity. Ok the Moto3 and Moto2 teams when things went automatically and VR was still present but MotoGP is a game for adults and the results were seen even before starting.
The fool with Aramco inconveniently bothered or burned too prematurely, followed by the Tanal hoax and the whole ridiculous circus of non-existent characters, projects and companies have given a good blow to a VR46 management that management has never been. It is not enough to be friends with the boss to have business management skills and everyone has noticed this. A bit like there will be a difference between selling, as VR46 apparel, Valentino’s and Vinales’ t-shirts.
For this Pablo Nieto appeared.

Why Nieto and in what role
Pablo Nieto is not by chance in VR46. Decent (nothing more) rider of the 125 class and soon passed on the other side of the wall (we are talking about 2008-2009). Son of the legend Angel Nieto, cousin of Fonsi, has a long history as a trusted man by Carmelo Ezpeleta, a longtime family friend, and his career began with a “friendly” project.
Anyone who remembers the Onde 2000 team (Sete Gibernau drove) knows that his start was not the most fortunate. Owned by Francisco Hernando, friend of Carmelo Ezpeleta known as “El Pocero”, a much discussed Spanish character “and for this reason he quickly expatriated from the Iberian country to go and build elsewhere, the team, after a 2008 in 125 with Pablo Nieto and Raffaele De Rosa , landed in MotoGP on the wrong foot and then revealed anything but solid foundations.
It should have been sponsored by the government of Equatorial Guinea due to a building project on site but then the project turned out to be smoky (the famous “Empresas Zombi” of Pocero) and it would have been necessary to remove the logo of the country of reference.
The motorbikes, without logo, would then take the colors of the flag (white red and green for the fairings and blue in the front) and then return to the original classic version (white and black) with the manufacturer’s name as sponsor instead of that of the project.
In short, something critical. After a few races on a Desmosedici, the shutdown, and Gibernau on foot forever until his return to MotoE in 2019. These are the beginnings of Pablo Nieto as team manager, reported not to define his responsibilities or abilities (he also obtained important results with Vinales and VR46) as well as to circumscribe his proximity to Dorna and Ezpeleta also by virtue of his illustrious descent.
Nieto is one of those who knows what to do in mangy situations and who, above all, knows what to say. One who does not take dangerous initiatives, indeed he does not take any at all and who, for this reason, can be trusted.

The bad rumors popping up
In the last few days the rumors that see VR46 MotoGP not with Ducati but with Yamaha or at least in close negotiations with the Japanese and Jarvis, whose son, after having worked for years in VR46 now manages what will be the future Yamaha Mastercamp team Moto2, are on.

The matter, surprising as it may be, does not necessarily have to do with the agreement signed some time ago, the one in which Dall’Igna, Ezpeleta and Salucci appeared in the photo. Ducati has a 3-year contract with VR46 for motorcycles and the agreement requires Bologna to be paid for those.
If there were not the money they needed, in Bologna they would be forced, in spite of themselves, to give the bikes (one of which is a factory, moreover) to other interlocutors but in Ducati on the financial theme they are still guaranteed and for this reason, that whether they are or not, they say they are secured. On Thursday there was a technical meeting that clarified some organizational details and referred to the mechanics staff, but not which sponsor will be. It is curious but this is the case. Ducati does not care who will pay them for the bikes and where they will find the money.
Also for this reason, however, rumors of a support for Bastianini would have emerged that he would find himself deserving more, the bike of Marini, if things did not go. Although Ducati reiterates that Basstianini will not have a 2022, the rumors remain. They are just rumors, it is clear, but if it is true that Don Carmelo takes everything in hand, they find meaning.

I pay, I decide
This is what anyone would say, including Carmelo Ezpeleta, called to relive, once again, the dejavu of having someone to help every year.
If previously the fact of having 8 Ducatis on the track would have been a matter to suffer (each customer chooses the bikes he prefers, if he pays them), with a different situation, perhaps it is better to try to rebalance the grid.
Two Yamahas instead of two Ducatis would be a perfect rebalancing of the forces on the field and would cost even less.
To Dovizioso an official bike, and for Binder who cares, and the Marini-Bezzecchi duo, the current bikes of Razali’s team which, among other things, according to other rumors, has a future, beyond 2022, which is anything but guaranteed. All at a much lower cost than two reds, one of which is factory ’22.
Giving it to Bastianini would make everyone happy. And having two trusted Yamaha customers in case Razali jumped would make everyone more relaxed.
When could all this happen? Most likely from 2023 but some say even earlier.

Under these conditions, perhaps it is true that Aramco is “back” in the game and at this point nobody lies.
They don’t lie in VR46 and those of Aramco don’t lie either.
The first, starting with the spokesman Pablo Nieto, would be reassured by Don Carmelo. And the oilmen would have recently been triggered by the latter.
But more than getting back into the game, it’s about getting into the game, for the first time.
Because it is one thing if you are put in the game without your knowledge by a fake architect or a bankrupted team manager from Terni and then you have to talk to someone in shorts, another thing is if the contact comes from Dorna in person, perhaps through Stefano Domenicali, a friend of Ezpeleta and great boss of Formula 1, a championship in which Aramco already has a role.
The fact that Aramco enters as a sponsor of the championship and also ends up saving the a team is a separate matter.
What you have to look at is not what Aramco decides to do but the door through which he chooses to enter.
It is one thing to enter with the Dorna endorsement, it is quite another to go and do the sponsor on two motorbikes that risk being nothing more than Cinderellas.
Aramco can buy MotoGP with money coming from employee meal vouchers. Nobody believes that as an unfulfilled dream it has to end up on the fairing of the most “recommended” rider in the history of motorcycles.

Fortunately, these are just blogger arguments. Which are already something, since the professional sector press is busy pretending nothing is happening.
The truth, whatever it happens, will come out in Valencia, but we are already in overtime.

Need a summary of the Telenovela? Here it is,!

August 6th 2021
Wheeler-dealers, princes, oilmen and suspicious companies: is someone exploiting VR46 and Valentino without their knowledge?
https://www.misterhelmet.com/wp-admin/post-new.php

August 26th 2021
Tanal and VR46: the farce at its peak. Two payments have already been postponed. Tanal’s castle of lies collapses

Tanal and VR46: the farce at its peak. Two payments have already been postponed. Tanal’s castle of lies collapses

August 31st 2021
SKY renews and saves VR46 and WithU. Yamaha saves SRT. Here’s how Valentino gets out of the bad business with Tanal!

SKY renews and saves VR46 and WithU. Yamaha saves SRT. Here’s how Valentino gets out of the bad business with Tanal!

September 12th 2021
Valentino Rossi: “the VR46 Team is not my problem”. The cowardly Press, The Sugar Daddy SKY, the non-existent Sponsor companies!

Valentino Rossi: “the VR46 Team is not my problem”. The cowardly Press, The Sugar Daddy SKY, the non-existent Sponsor companies!

September 15th 2021
VR46: Aramco back in the game but with credible interlocutors? The new rumors!

VR46: Aramco back in the game but with credible interlocutors? The new rumors!

MotoGP and Moto2: Tanal and the others, “out of the game”

October 22nd 2021
VR46, possible announcement at Misano but there are worrying rumors!

VR46, possible announcement at Misano but there are worrying rumors! 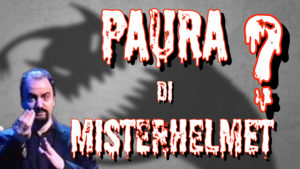